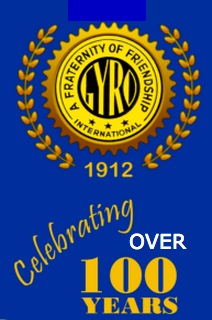 Hi, we’d like to introduce you to “Gyro” a men’s social organization whose purpose is having fun and promoting friendship and brotherhood.

The Gyro Club of Sherwood Park has over 50 members who live in or near Sherwood Park, Alberta who like to get together for the purpose of having fun. We do this in “friendship”  not because of the business we may be involved in, the religious affiliation we might have, the political party in which one might belong, nor ethnic group to which one might be a part of.  What we share in common are like ethics and principles such that bonds of friendship form.

The men (called Gyros) gather on a regular basis – nearly every second Wednesday evening – September through June and a few times during the summer months. Our gatherings usually involve dinner together followed by an activity. The current schedule of these gatherings is shown on the Events Schedule under the News and Events tab on this website.

The ladies of Gyro may choose to join Gyrettes. They meet as a group – usually once a month. There are a number of mixed events each year as well,  which are open to Gyros and their partners.

Gyro is not a service organization.   A number of  Gyros  do belong to one or more service clubs.  But, they choose to  be a member of Gyro in addition, because of their desire to be with friends and have fun.

If you are interested in finding out more about Gyro and the potential to join us, complete the following contact form and one of our members will get in touch with you.